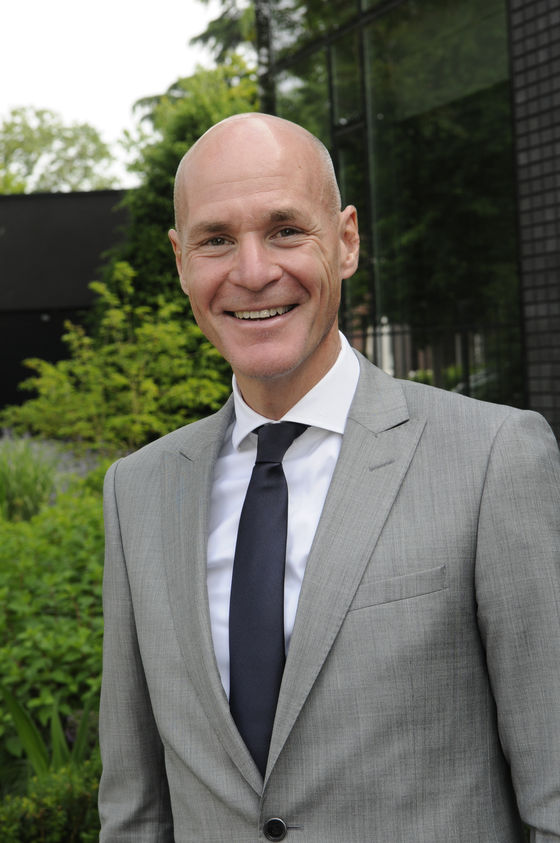 Joop van Esch founded Vescom in Deurne, the Netherlands, in 1971. The company – which develops, manufactures and distributes wallcovering, upholstery and curtain fabric for the international contract market – is now headed by Joop’s son, Philippe, who took the reins when his father retired in the early 1990s. After studying economics and business in Canada, Philippe combined his education with the experience gained from working in a steel mill to steer Vescom towards its current success.

Joop had been making similar types of products in nearby Helmond; wallcovering, though, was his primary interest. ‘My father left to start his own thing, in the exact place where Vescom still stands today,’ says Philippe. While the brand’s beginnings are rooted in a small Dutch village, Vescom soon opened sales offices in Belgium, France and England, working with locals in each country.

In its early days, Vescom was primarily a producer. ‘My father had a few principles. He wanted to be a manufacturer – to create products. He also wanted an international sales presence; he liked to travel and work abroad. And he had a design-driven philosophy, which wasn’t so common at that time. He was more of a commercial man, not overly creative, but he made creativity and design a distinguishing factor between Vescom and other brands.’

Another point of difference was Vescom’s branding. ‘When naming the company, my father arrived at “Vescom”: two syllables that don’t really mean anything but can be pronounced universally. He decided to not create separate product names or subcategories, but to simply name everything Vescom. It wasn’t a brand strategy per se – more of a way to keep everything simple.’ Simplicity translated to strength, as the company’s name became synonymous with its entire offering. ‘Telling our brand story has always been easier because we work with one name.’

Joop’s retirement marked a turning point for Vescom. Not only did the company begin to focus strictly on the contract market – until then residential products were still part of its portfolio – but it also switched its sales strategy. ‘At that time we were working with distributors and local sales agents. Basically it was a case of saying: “This is our stuff; please buy it from us”. We had a big competitor based in Britain, which changed the rules of the game. That company went directly to the market, so we quickly followed suit.’ 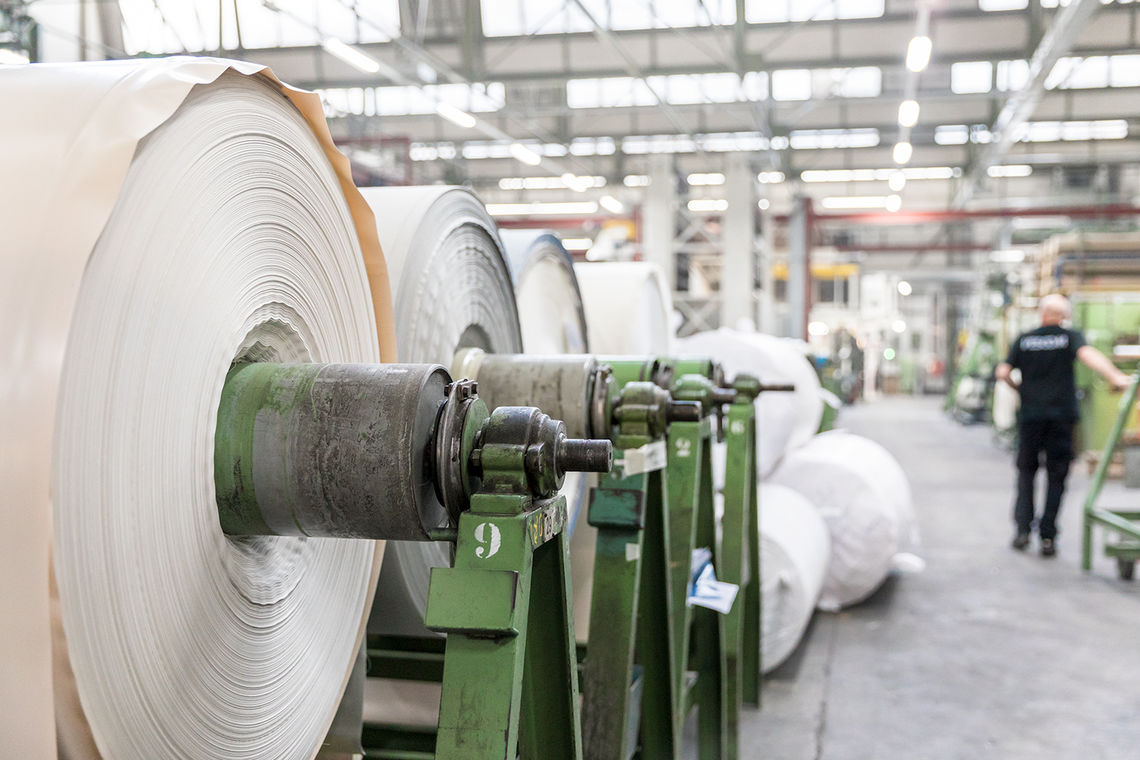 This new tactic led to direct feedback from Vescom’s clientele. ‘Before that we were only learning what people wanted to tell us. There were a lot of filters in between. With this new way of working, we could absorb direct market information – about colour, product acceptance, technical aspects. Architects are our main focus, and they could begin to tell us what problems keep them awake at night. What products make them tick. We would hear about certain needs: acoustical products or bacteria-resistant materials, for example. And even if sometimes people can’t tell you what they want, if you listen to their stories, you can actually predict where things are headed. You can switch gears and steer things in a certain direction. This approach changed the entire company within a few years.’

Anticipating the future is a valuable strategy that also allows Vescom to efficiently manage its resources. ‘Around 20 years ago we developed a system that tracks all of our projects. We can make a calculated guess about when products will be ordered – even though the customer doesn’t know at that point.’ While the system has been saving time and energy for decades, its importance is even more significant today, when time has become a luxury. ‘People don’t want to wait anymore; they want to order at the last possible moment. Our logistics system has to work like a Swiss watch.’ That said, Philippe realizes that forecasts don’t equal science. ‘I don’t want to have – and I don’t think we can actually get – an exact prediction of where the market is headed. We can only say that this is the general direction – and gear up or gear down as we see fit.’

One certainty, says Philippe, is that the market is in constant flux. Vescom, in turn, is always considering its position in the industry. ‘We often sit down and assess who we are and who we’re going to be in the years to come. If we need to change lanes, we’ll then be able to do it at the right time.’ 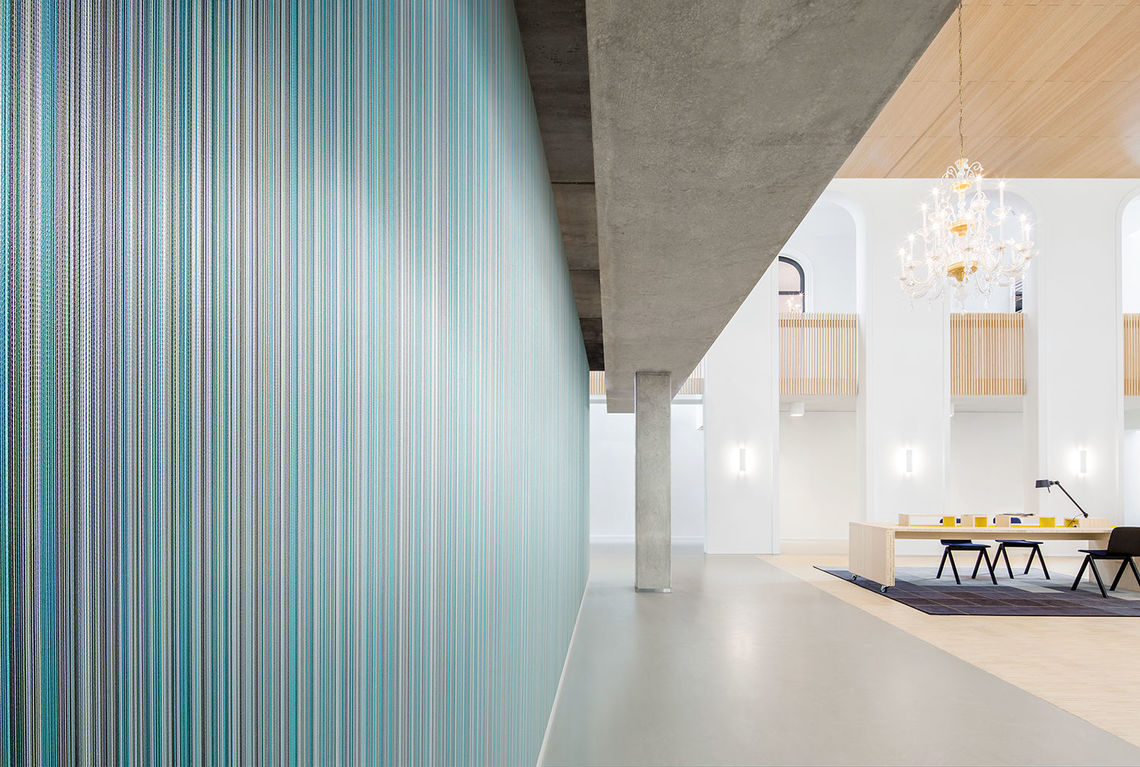 And to answer the question: just who is Vescom? ‘We want to bring sustainable, long-lasting solutions to our professional customers. Whatever the need – fire-retardant materials, acoustic products, colour, black-out curtains – our products need to inherently have the solution. Architects rarely use products simply for their looks. Secondly, the resulting products have to be better than anything else on the market. And the design and the solution have to be interwoven. We would never develop a product and then add design on top, like a dollop of gravy.’ Commitment to its clients means that Vescom is constantly researching new alternatives and exploring future materials – always with an eye to sustainability.

Although regulations surrounding its materials differ between countries, Vescom invests significant resources into ensuring its solutions are suitable for the global contract market. ‘That’s also a huge advantage for architects. They know their specifications are safe.’ Furthermore, products from Vescom’s various ranges work in harmony – both aesthetically and functionally. ‘We added fabric to the business in 2009 and it’s a big bonus for architects who want to create turnkey projects.’ 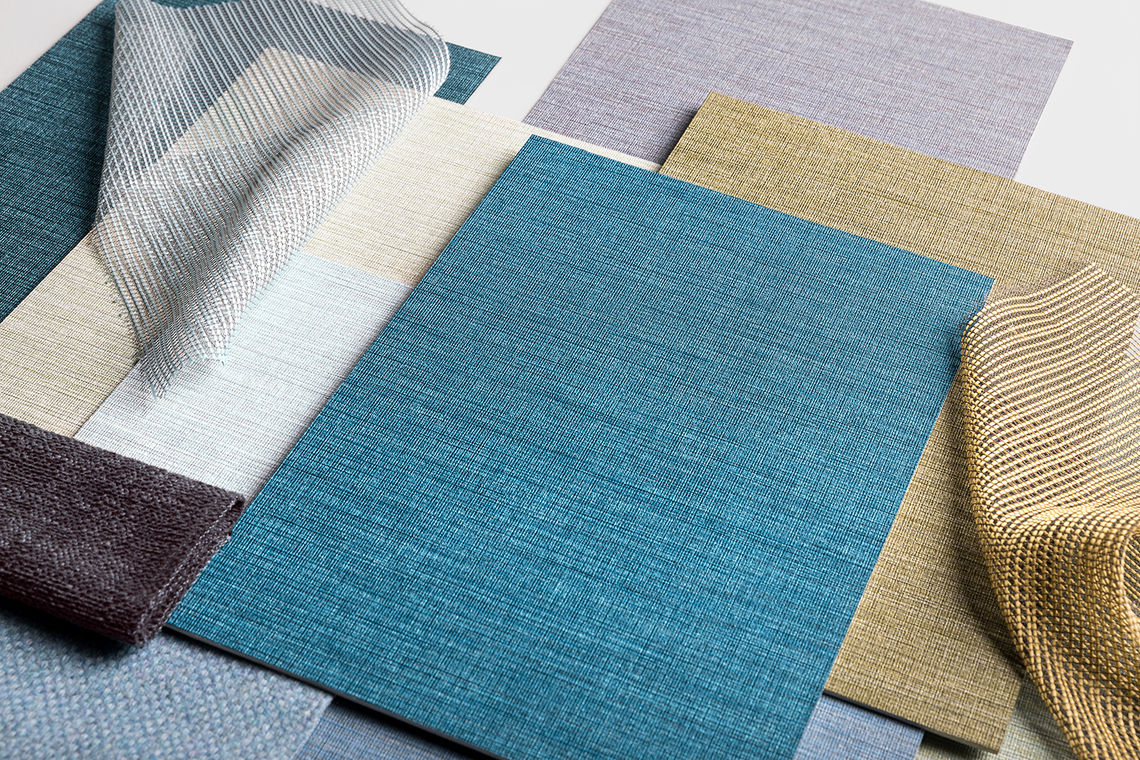 Over the past five to 10 years, Vescom has witnessed an increased demand for certain product types. ‘The way people work together has changed – there are more open offices with lots of glass, for example – which has resulted in a greater call for acoustic products. Privacy is another factor. The issue is how to create seclusion without losing brightness and transparency. What doesn’t change is the fact that we still inhabit physical environments, so I don’t think the market as a whole is going anywhere. But we’re now living in a world of hybrid spaces. Hospitals sometimes feel more like hotels, for instance. Everything is connected.’

Despite its international presence, a sense of interconnectedness pervades the entire company. ‘We’re 350 people and we’re all colleagues. The fact that we work together so closely separates us from our competitors.’ Everything comes from ‘one hand’, from sales to market research to product development and beyond. ‘I don’t think many companies have that.’

With the company’s 50th anniversary on the horizon, Vescom’s eyes are fixed on organic growth. ‘Our budget for 2018 is €93 million, but I think we’ll surpass that. We want to reach €150 million by 2023. Then we’ll be able to remain independent.’ What does such a milestone signify for Philippe? ‘We never look back; we always look forward. We’ll have a party and then move on. That’s Vescom.’ 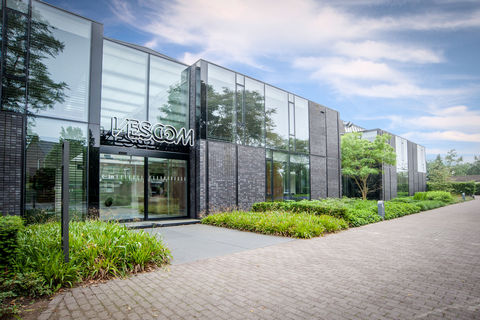 Inside Vescom and its dedication to detail 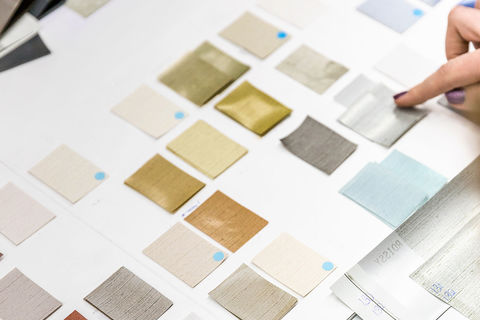 Vescom design director Christiane Müller: on innovation and her process

Vescom: covering walls and trends around the world 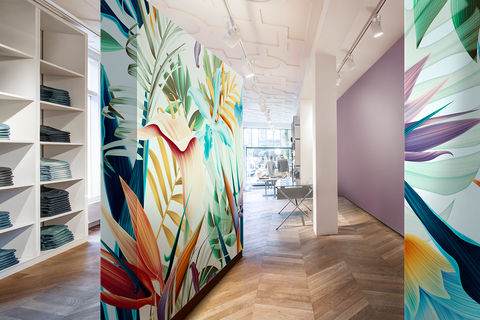 Vescom and you: next steps in innovation and customization

Quality products and quality service are the company’s start and end point in everything from design to development, production to supply.